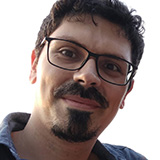 Before a new release of iOS came out, you want to test how the actual version works on it, right?

Be prepare, they said

Of course, the public version of Xcode (6.4 6E35b) builds apps with iOS 8.4 SDK but it can run the app ONLY devices with iOS 8.4 tops. Newer versions are ineligible.

But there is a workaround for that.

So, in order to make the device changes its “mind”, you need Xcode Beta, side by side with the public version of Xcode.

Launch Xcode Beta and let it recognize the iOS 9 device. Then open the normal Xcode and you should see the device ready to roll. You can now build with iOS 8 and run on the iOS9 device.

Easy right? At least now that you know it!

If it does not work right away, detach and re-attach the USB cable so Xcode can refresh the device list.

This workaround works until you restart your device. So until then, have fun testing and debugging for your app on iOS 9!